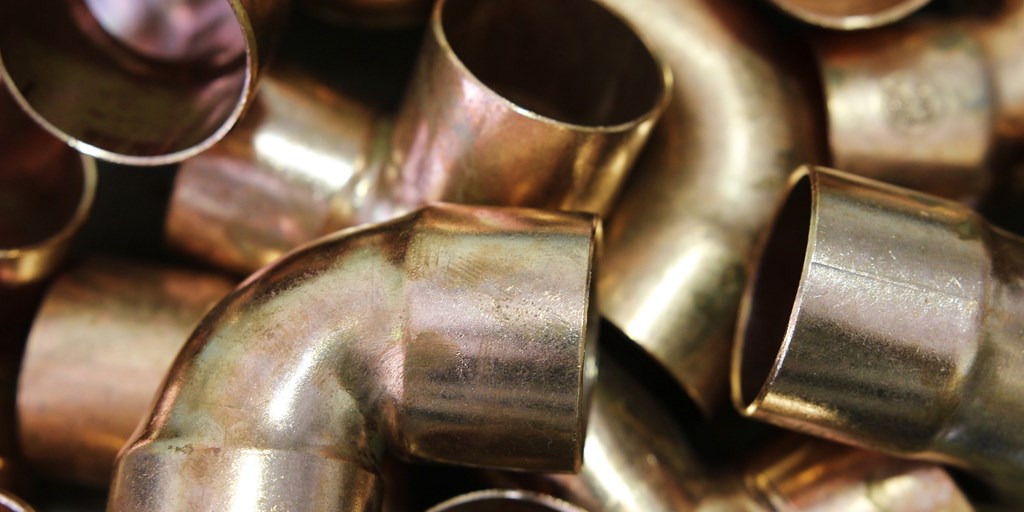 Water in the distribution system is monitored to insure that it meets federal and state regulations. However, once the water enters the premise piping, the water quality is not ensured.

Premise plumbing refers to the pipes after the service connection line (curb stop – meter) all the way to point of use. Large buildings such as hospitals, hotels, schools, etc. have very complex premise piping. The building’s structure, size, age and location add to the complexity along with areas of high water age and stagnation. Water age refers to the time it takes for water to travel from a water source to its end use. It is influenced by flow velocities and pipe lengths. Stagnation refers to areas of very little or no flow most often occurring in piping dead end lines. Examples include fixtures going unused, like a rarely used shower in a hospital room or reduced building occupancy that can occur in hotels during off-peak seasons or schools when students are not in attendance. These conditions can facilitate rapid growth and proliferation of harmful bacteria. Water systems routinely test for total coliform and Escherichia coli (E. coli) bacteria. Total coliform counts give a general indication of the sanitary condition of a water supply; E. coli is considered to be the species of coliform bacteria that is the best indicator of fecal pollution and the possible presence of pathogens or disease causing bacteria. Another harmful bacteria that can grow in these conditions is Legionella pneumophila. Legionella can be present in low levels in drinking water and can proliferate in premise plumbing systems. It was first “discovered” following a pneumonia outbreak at the 1976 Convention of the American Legion in Philadelphia which caused 24 deaths. In 2015 a Legionella outbreak at the Quincy Veterans' Home in Illinois had 15 related resident deaths occur. Here are some examples of more recent cases and what was done.

January 2020 — Carol Stream, Ill.
Three residents of a retirement community in Carol Stream, Ill., were diagnosed with Legionnaires’ disease. The county and state health departments launched investigations into all three cases, which included facility water tests and the implementation of a new water management plan.

January 2020 — Winfield, Ill.
Three patients of a hospital in Winfield, Ill., were diagnosed with Legionnaires’ disease. In response, the hospital flushed its plumbing system, conducted water testing, and upgraded its water management plan.

The Centers for Disease Control and Prevention (CDC) produced a guidance entitled “Developing a Water Management Program to Reduce Legionella Growth and Spread in Buildings”. This CDC guidance provides an easy-to-understand interpretation of ASHRAE Standard 188 to help building owners and managers evaluate the water system and devices in their building(s) to see if they need a program, and then develop an effective water management program if one is needed.

In short, Legionella can become a health problem in building water systems. It exists in low levels in treated drinking water and can grow to high levels in premise plumbing. To pose a health risk, the water has to be aerosolized (releasing the bacteria into the air in microscopic droplets) and subsequently inhaled by a susceptible host. For these reasons, the presence of Legionella is a particular concern in large buildings that house susceptible populations, such as facilities in the healthcare and hospitality industries.

When any building, especially a large building, returns to service it should follow AWWA shutoffs-and-return-to-service guidance. This should be a joint effort between the water supply and a building representative as they go through each of the following steps:

The most important thing that the public water system can do is to ensure that they maintain required disinfection residual in all parts of their distribution system. Having consistent levels of chlorine residual will inactivate any microorganisms present in the water and prevent growth of microorganisms in premise plumbing as well as their customers’. Public water systems also need to maintain their own piping (distribution) system monitoring water age and dead ends to make sure that they are supplying their customers with the highest quality of water possible. This is done through hydrant flushing and valve exercising plans, something that RCAP staff would be more than happy to assist with.

To enable comments sign up for a Disqus account and enter your Disqus shortname in the Articulate node settings.