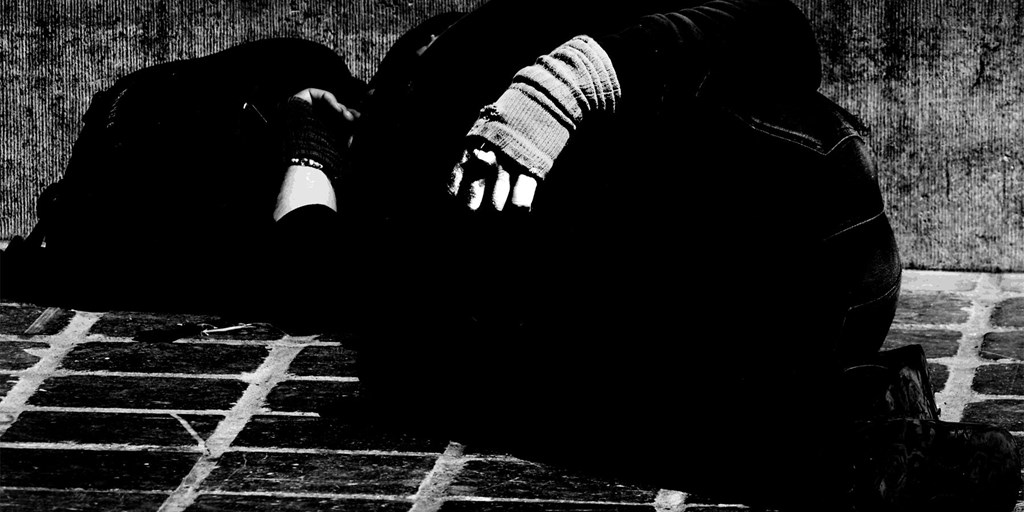 "I walk around Earth worrying about me."

Wearing an old coat and hat, thin and vaguely smelling of alcohol, the man was agitated—maybe even angry—at Ann’s question. It was Wednesday morning, 4:30 a.m. when Ann saw him. She spotted the man on State Street, the main road through Fremont, Ohio. Ann saw him right before stopping to fill her car with gas at a Speedway station. Moving at a pretty fast clip, the man (black, maybe in his 40s) was cutting through the station lot as Ann was pulling up to the pump. 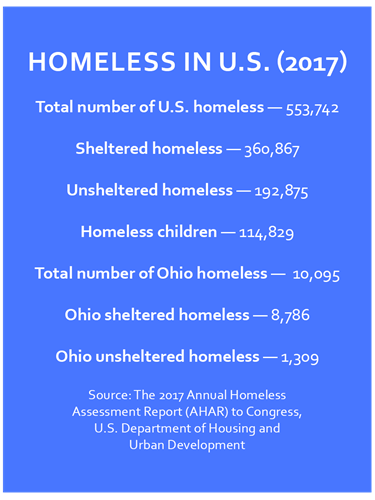 By the time Ann had filled her tank and left, the man was already a few blocks down the road. He was just barely off of State Street and onto Sandusky Avenue, heading through a small alley. Had she spent one minute longer at the gas station pump, Ann may never have seen the man again. He may have disappeared.

Normally, Ann probably would not have spoken to the man unless he was in her office during the day, asking for help in finding a home or apartment in which to live. Certainly, dark early morning on a street is an odd time to start a conversation with any stranger. But on that morning, Ann Lau, a family advocate for Great Lakes Community Action Partnership (GLCAP), was conducting a Point in Time count of the Fremont, Ohio’s unsheltered homeless population.

Ann wasn’t alone. The count in January was part of an annual nationwide initiative that attempts to accurately measure the homeless population. Along with Ann, other advocates were out counting too. Each had picked a two-hour timeslot during the ten-hour, 8 p.m.-6 a.m. counting period to go out and try to locate and count the unsheltered homeless. Local homeless support organizations—nonprofits, charities, church groups and so on—were out also out counting that night. Whether from GLCAP or another organization, everyone who counts records as much information as possible about the persons they encounter—their gender, age, race, a description of the clothing they were wearing or vehicle they were sleeping in. If a person was awake and willing to speak, the counter may ask the person to answer a few interview questions.

After everyone’s information is turned into the state for recording, the data is cross referenced against other data to eliminate duplicative entries. Once complete, that one ten-hour counting period will provide the most accurate possible snapshot of Ohio’s entire unsheltered rural homeless population in 2018.

So, it’s important for counters to find, and if possible, speak with people who they think might be homeless, even if it may feel uncomfortable to do so.

ut Ann did not seem the least bit uncomfortable when she slowed her car and rolled down her window to speak with the man who she suspected may have been homeless. Ann has worked for WSOS for twelve years, and has conducted homeless counts like this before and knew the right first question to ask.

"If you start off by saying, ‘Since you’ve been walking around tonight, do you know if there are any homeless people?’ then they say, ‘Yeah, I’m homeless,’ then you can go from there."

So that is what she asked.

"I was wondering if you may have seen anyone who may be homeless tonight."

His response: "Why would I know that?"

She said, "Well, I figured if you’ve been out walking around, you may have seen someone who may be homeless."

That’s when the man said he worries only about himself.

So, Ann explained calmly and politely why she was out at this time of night, that she was looking for homeless people and that she only wondered if he knew of anyone without a home.

His revelation provided an opportunity for Ann to help.

"Where do you stay?"

"On the street. Wherever I lay my hat at."

Ann pointed behind the man’s shoulder, across the bridge over the river near, at the building in which Ann works.

"You can stop in there during the day if you need help," she says.

He cut her off.

He laughed into the air. The conversation ended with formal pleasantries. He walked away and Ann drove on. She was neither offended nor surprised at the man’s reaction.

"If you think about it, if this were us walking around the streets and it’s 4:30 in the morning and a car pulls up and says ‘Hi!,’ you would be like ‘Who the heck are you and what are you going to do for me and are you going to put money in my pocket?’"

It was not altogether too surprising that the man did not want help. Some people, because of having lived so long in a mode of self-preservation fortified by cynicism towards promises of help, just don’t believe in that help when it is actually offered.

At the end of her count, the man would be the only person Ann found. It wasn’t for lack of effort. Ann checked in many of Fremont’s probable locations where the homeless may dwell or seek temporary shelter. She looked behind the old, vacant Big Lots store, where there was almost no traffic and no people to bother someone who was sleeping behind it. She looked behind each of Fremont’s two Krogers and its one Wal-Mart, where a person might be able to find thrown-away food that was still very edible. She looked through city parks and the county fairground, where open shelter houses, barns, and picnic tables could provide a little bit of cover in case it snowed. She looked in a self-serve laundromat, where there was heat and a bathroom and, perhaps most important, no one around to kick a person out.

However, Ann thought it was only slightly surprising that she found one homeless person during her two-hour canvass of the city. Obviously it would be impossible to find every single homeless person in any area in a single evening. But also, the homeless are quite adept at hiding. You hear stories of people being found in vacant buildings, people sleeping in lobbies of apartment complexes, people under benches outside the library, people in tents in the middle of some woods somewhere. Camouflage is self-preservation. For the homeless, staying hidden reduces the risk of human contact, which brings with it possible
victimization and certain discomfort.

"If I was homeless," Ann says, "I wouldn’t want anyone near me. The smaller places I can hide, that’s where I would go."