The highlight of Paul Bogdan’s week is when he gets a chance to go out on a photo shoot. Not only has Paul always had an interest in photography, he seems to have an intuitive knack for it, said Kathy Crudele, Paul’s aunt.

“He is very gifted in photography,” Kathy said. “It’s an area where he has a natural gift.”

For Paul, being able to shadow and train with CEE Imaging Solutions, a real-estate photography business in Bowling Green, is an incredible opportunity. Paul organizes and sorts photos and also goes out on photo shoots to train and learn more about the field. It’s a wonderful opportunity for Paul, but it’s one that he had to work and struggle for, and one that Kathy was once afraid might never have been offered to him.

While Paul is bright, enthusiastic and energetic, he struggled in school, Kathy said. Paul, who is originally from Russia, was adopted and moved to the United States with his two sisters when he was only four years old. Throughout school, he found math and reading to be especially difficult. A school psychologist had told Paul’s mom that he had a brain injury and would never be able to read, and to “just get over it.” After graduating high school, Paul moved in with Kathy. Following graduation, Paul was diagnosed with autism, ADHD, fetal alcohol syndrome and dysplasia. He was at least relieved to know that his struggles had a name. 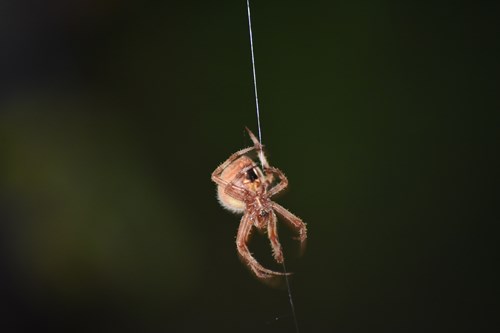 Paul had a full-time job at a grocery store in Bowling Green, but he wanted to go back to school to find a better career. However, before he could do this, Paul needed to improve his math and reading skills. That’s when Paul was referred to Lucille Phillips, a career coach with the Great Lakes Community Action Partnership (then WSOS) Wood County Youth Employment and Training Program. Lucille helped enroll Paul in Sylvan Learning Center in Toledo for assistance with reading and math, and worked with Paul on other employment skills.

“I worked with him to boost his confidence,” Lucille said. “He was shy. He didn’t really talk. Now he’s more outgoing.”

GLCAP was able to cover the cost of Paul’s tuition at Sylvan. In a relatively short time, Paul’s math and reading skills improved dramatically.

“In one year he jumped five grade levels,” Kathy said.

Kathy credits Lucille with motivating Paul to grow to where he is today.

“Lucille sparked something in Paul that we all had been waiting for for many years,” Kathy said. “He would have turned himself inside out and done somersaults to please her.”

Lucille said it was particularly important for herself that Paul gained the self-confidence to achieve his goals.

“I wanted to let him know that he’s important, and he’s somebody, and he can do it,” Lucille said.

Paul’s hard work has since paid off. Paul continues to work full-time work at a grocery store in addition to his part-time studies. But now, his new part-time position with CEE Imaging Solutions in Bowling Green gives him the chance to work in a profession that he especially loves. A relatively new business owned and founded in 2017 by Craig Magrum, CEE Imaging Solutions specializes in high dynamic range photography, HD property video tours and real estate drone media.

Twice a week, Paul organizes and sorts pictures from photo shoots and sends them onward to CEE’s editing team. Paul also has opportunities to shadow Craig on photo shoots and learn more about professional photography, which Paul especially enjoys.

“Kathy showed me some of Paul’s nature photos and they looked really good,” Craig said.

Craig said that he appreciates Paul’s help and enjoys having the chance to coach Paul in photography.

“My understanding is that Paul had been told ‘no’ a lot of times, and I don’t believe in that,” Craig said. “I’m grateful for the opportunity to use the business God gave me to help give back to someone who has a dream and wants to pursue it.” 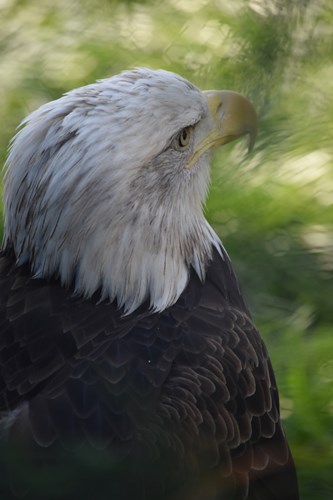 A photo of a bald eagle, taken by
Paul Bogdan at the Toledo Zoo.

Paul also continues to take photographs as a personal hobby. Many of Paul’s photos are nature-oriented, and he has displayed his work at exhibits such as ArtWalk in Toledo. He also has an upcoming display scheduled in June at the Bowling Green Chamber of Commerce.

Paul’s perseverance in studying, learning, and achieving the chance to work in a field he loves has helped Paul immensely.

“I could not be any prouder of Paul than I am today.”