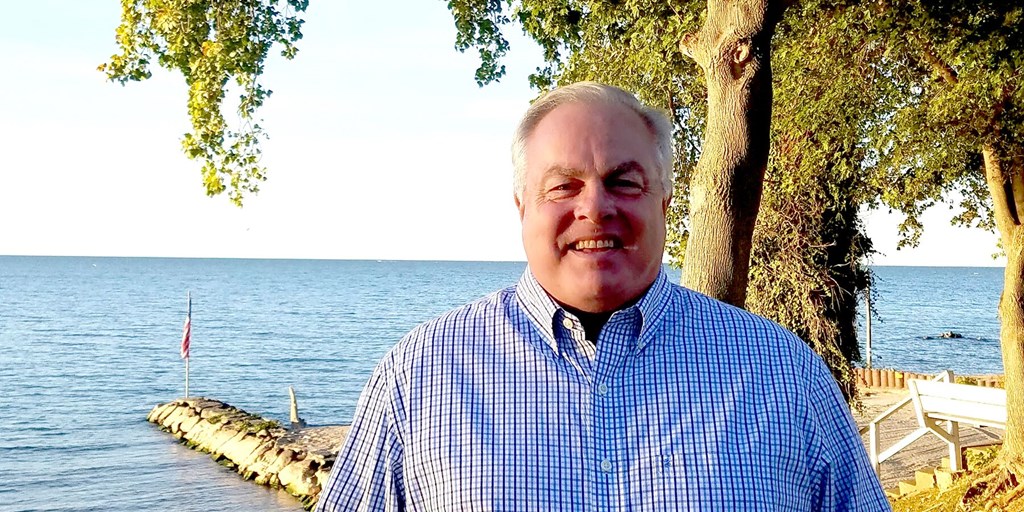 Steve Elliott has a good job, good prospects and a good home. He commutes to his job at a gas and petroleum distribution company in Cleveland from the small, lakeside community of Vermillion, Ohio, where he lives. He calls his car a "beater," but it works for him. Steve likes his neighbors, likes to grill, and likes his quiet community. It may sound simple and may not be glamorous, but it’s a good life for Steve.

"I’m content with going to work. I live in a nice neighborhood. I find serenity in that," Steve said.

But Steve’s life now is much different than what it once was. In a relatively short span of time, Steve had gone from making $70,000-plus per year to facing an eviction. He met with complicated legal issues, moved from one state to another, went through the VA medical system, struggled to find work, and faced eviction and the threat of homelessness before seeking help.

For many years, Steve had worked as a general manager of a commercial truck stop in Virginia. He made good money, enjoyed the beach and enjoyed the night life. Steve had previously served in the U.S. Navy, beginning his service in 1985. He worked as a technician, traveling to Florida, Mississippi, the Great Lakes, Connecticut and San Diego during his naval career.

"I had good experiences and bad experiences," Steve said. "One of the good things was that I got to travel."

After his first four years, Steve re-upped and was preparing for another six years of service. Unfortunately, a knee injury cut Steve’s time short. He exited the Navy in 1990 with a medical discharge and began working in Virginia.

His career as a manager was going well, until a situation arose in which a client passed more than $18,000 worth of bad checks to Steve. In turn, the insufficient funds caused by the client in turn caused Steve to bounce checks to different vendors. He attempted to reconcile with vendors, but the matter soon became a legal issue. Although Steve won a civil case, he lost a criminal case and had to serve a year of jail time.

After his sentence ended, Steve moved to Ohio for a six-week treatment program at the Cleveland VA Medical Center. He was able to find low-income housing, but had difficulty finding work due to his prior sentence. Even after explaining the mitigating circumstances of his sentence, many employers would not or could not hire Steve.

"I had received four job offers, but the background check would always come back and the offer would be withdrawn," Steve said. "It was deflating to interview four times before being able to connect with an employer."

Steve continued his search and eventually had success, landing a part-time job in data entry. Unfortunately, although Steve had gained a job, he soon faced another crisis. The housing management company that owned Steve’s apartment issued Steve a notice of eviction. Although the company would later withdraw its case after realizing that it had issued the eviction in error, the blemish on Steve’s record was still there, and made what was already a difficult situation even worse. Without many resources, Steve had to find a place to live, and fast.

"That’s when I reached out to Irene."

Irene Miller, a long-time family advocate for the Supportive Services for Veteran Families (SSVF) program, has built a reputation among her clients for being trustworthy and dependable. Irene said she approaches every person with kindness and without judgment in order to build trust and help her clients be successful, which is especially important when working with veterans.

"Veterans are a rare breed," Irene said. "They have such pride and a lot of times would rather do without everything — even basic needs — before asking for a handout."

However, SSVF is not a handout, Irene explained. The program helps connect veterans who are homeless or at risk of becoming homeless with housing and basic needs, allowing them to gain stability and enact life goals.

"I always tell them it’s a hand up, and not a handout," Irene said.

Irene helped Steve locate a new apartment in Vermillion, secure a few months’ rent and some household supplies, and connect with other support through the local veterans’ services office.

"The first meeting went really well. I had a sense of ease with her to be open about my needs and wants," Steve said. "I went in humbled. She took away the feeling of being embarrassed and asking for help, and hooked me up with the resources I needed."

With a stable residence in a nice neighborhood with no fear of eviction, Steve could better concentrate on his work and becoming successful at his career. His situation illustrates the reason as to why SSVF places emphasis on providing stable housing as the first step from which clients can set goals and grow. Without a stable place to live, Steve said he would have had to focus on meeting basic needs before anything else.

"I don’t know if I would have been successful. I might have had to work two or three part-time jobs to survive," Steve said. "[SSVF] allowed me to focus on a more professional job, which panned out."

His ability to focus has paid off. Steve’s part-time job will soon become full-time, with a promotion. While Steve worked hard to be where he is, he says the help from SSVF gave him a boost to be able to keep going.

"I don’t know if I would be where I am today without these organizations and Irene taking the pressure off. It made an incredible difference," Steve said.

"I can lay my head on the pillow at night. The rent is paid. The refrigerator is full. I can focus on work," he said. "It’s a change of lifestyle, but I’m more self-content now."